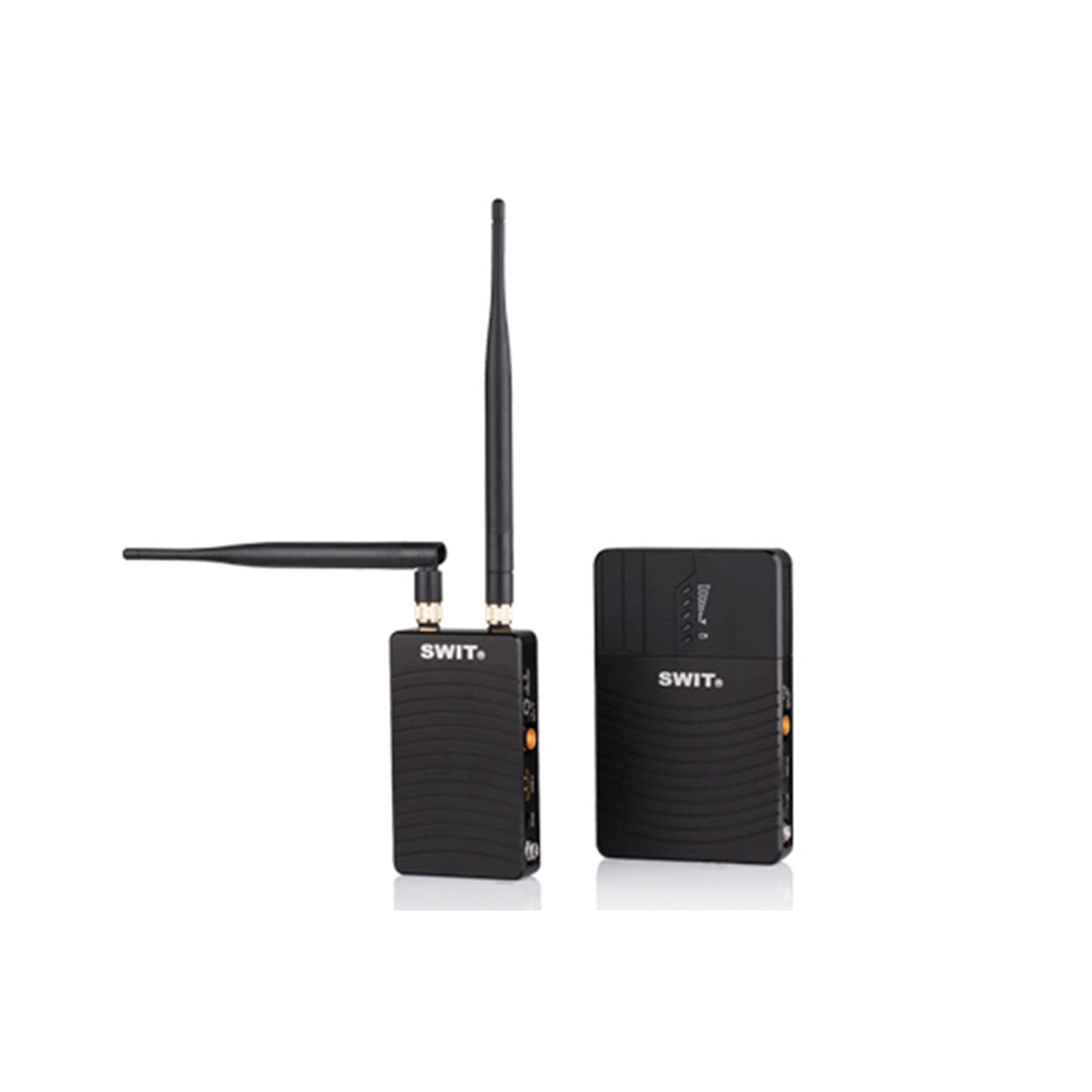 Product Description
SWIT S-4915 is a set of wireless video transmission system with one transmitter and one receiver. With WHDI (OFDM) technology, the system supports uncompressed 3G/HD/SD-SDI and HDMI dual video format signals wirelessly transmitted up to 492ft(150meter) with less than 1ms latency. It captures the resolution at 1080p up to 60 fps uncompressed 3GSDI and HDMI dual format video signal.

The S-4915 wireless system operates on a license-free frequency 5.1GHz-5.9GHz. It also supports multicast function that 1 transmitter with multi receivers. Both transmitter and receiver can be powered by Sony L series battery via attached battery mount or can be powered via pole DC input of 6.5-17V.

In Line of Sight, the S-4915 wireless transmission system support approx. 496ft effective transmission distance of uncompressed 3G/HD/SD-SDI and HDMI signal, and the latency is less than 1 millisecond.

The S-4915 wireless system runs at 5.1-5.9GHz License-free operation frequency. The frequency bands are user configurable and support at most 4 wireless channels in one location. The radio power is less than 63mW and will not do harm to human bodies.

You can set several S-4915R receivers at the same frequency bands as the 1 S-4915T transmitter to enable the multicast mode.

The transmitter S-4915T and the receiver S-4915R are compact designed, and are equipped with Sony L series battery plate for powering by battery. In addition Both the transmitter and receiver can be powered via the 5.5/2.1mm pole DC in socket of 6.5-17V input.